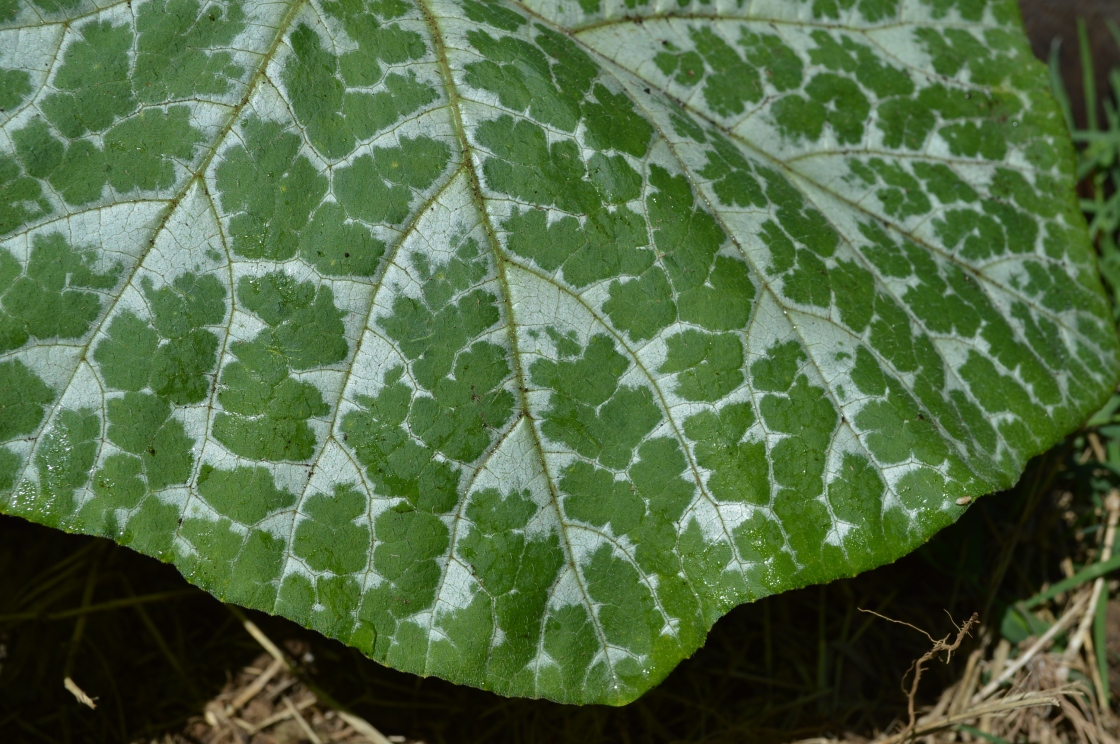 Just over seven years ago the idea of growing pumpkins was brought to my attention. I was introduced to a flavorful, robust, local Hawaiian kabocha (pumpkin) variety, and the owners asked if I could save the strain. It became a winding trail of discovery, that led to many questions:

About the local food system: Why are these squash not sold in the grocery stores? Why are the ones in the shops from Mexico? Can one small farmer reverse the importation of one crop?

About pests and diseases: Why did farmers stop growing them? What is the difference between growing in a backyard vs a farm? What pests have been introduced to Hawaii and what impact did they have?
About the difficulties of the”little farm” in the distribution chain: How do you compete with international imports as a local farmer? Will distributors deal with you? Can I remove the “middle man” and make a go of it?
About creating a sustainable method: With little access to existing sustainable systems, is it possible to create them yourself and still have time to farm, and market…and research pests?
What about water?: Hawaii has been in a drought for nearly two decades. How can you design a water conservation method for a thirsty crop?
What about neighbor farms and GMOs? Hawaii has given up on growing this crop commercially by both industrial agriculture and organic methods. I was told GMO squash seed was the only answer. If I used my farm as a non-GMO squash trial station. Would it work? Would historic seeds prevail?
What can one person do?: Without owning land, a truck, or a tractor, is farming even an option?  How long can I do a work trade of animal care for land?
What about mono cropping?:  can I inter plant with other vegetables and plants to continue to build soil and keep growing squash?
Can History be the solution?: What if I looked to historic seeds to fight contemporary pests and disease? If it worked would anyone even buy them because they are “different looking?”

What have I found out?  The farm blog captures many of the day-to-day discoveries, but one of the issues that I did not expect was how hard it is to get into the distribution chain, once it is set up for imported vegetables. You can grow an abundance of a desirable crop, but it is easier for distributors to import mass quantities cheaply and not deal with small farms.  Even with chefs and customers fighting on the farmer’s behalf, I found that the middle men are using produce brokers to get food in the several thousand miles to Hawaii.  I learned that containers of produce appear in the islands rotted, and insurance claims are then filed, but even with those “losses” importing is still considered more reliable than working with small, local farms. The excuses made for buying internationally all come down to three:  it is dirt cheap, people don’t ask if it is local, and they can supply 24/7/365.  Once a chef openly noted that people’s assumptions are on their side.  No one is going to assume that a mango has traveled 3000 miles.  People know mangoes grow in Hawaii, so they will assume that the one they are eating was. We need to ask questions and hold our growers accountable.  I found my farm listed on menus, but the chef rarely bought from me.  Using small farm’s as a tool to look more local than they really are.

As for the pests, that was supposed to be the hard part! but that was nothing compared to the issues relating to the dramas of imported produce.  Poor soil from wind erosion, chemical overuse, the terrifying everyday spraying of Roundup is behind much of the destruction of beneficial soil microbes.  Many island farmers switched from planting heavy feeding crops like corn, and squash, and began growing lettuce and it’s relatives.  Why?  Quick turn around, high value, but low uptake of nutrients.  Stripped farmland can often still grow lettuce.  I see lettuce from small organic farms and it’s rich deep colors are a far cry from that grown in poorly managed soil. As a farmer, you are only as good as your soil, but soil takes a big effort that many farmers are no longer willing to make. In Hawaii, the low amount that commercial farmers earn causes them to have to overuse the land, by producing year round.  There is no time for cover crops.

I had one agricultural agent explain to me that many farmers in Hawaii are not looking ahead any further than how much can they run through the farm before they die.  Sad as it my seem, in Hawaii, you often get the same price for produce, regardless of if you are a land steward, or not.  Without any accountability or incentive to care for the land, many just don’t feel that it is necessary since their children don’t want to farm. Add in a statewide marketing strategy that has many farmers convinced that herbicides and pesticides are good for us, and we have a really bad situation on our hands.

But what positives kept me going?  I learned that many heirloom vegetables beat the odds against pests and disease here in Hawaii.  Many are bursting with potential.  Every season, I discover a handful of varieties that are relatively effortless to grow.  As noted above, without the soil amendments, you are in trouble, and though it is gently raining as I type, the farm lots in which I grow are still using water borrowed from another region, and we are still in a drought. Just a few days ago, I harvested a squash that was an “old soul,” from South America.  It was a new to the farm squash, that made me sigh with relief.  In a tough year, it was the first shining face of possibility, for the start of year 3 at the tiny farm.  To think that I would get opportunities to speak at national conventions for Baker Creek Seeds still seems impossible, but it is happening.  They also invited me to participate in the 2015 squash crop trials in California, as well as write for their magazine, Heirloom Gardener.  That is quite a series of opportunities for a new farmer, but I have taken them up on, an appreciated every single chance they give me.

I am not the kind of person who wants to look back and say, “I wish I would have..” I would much rather look back and say, “boy, I really went into it head on.”  So with that, I hope these observations encourage you to keep pushing on, even against the odds.