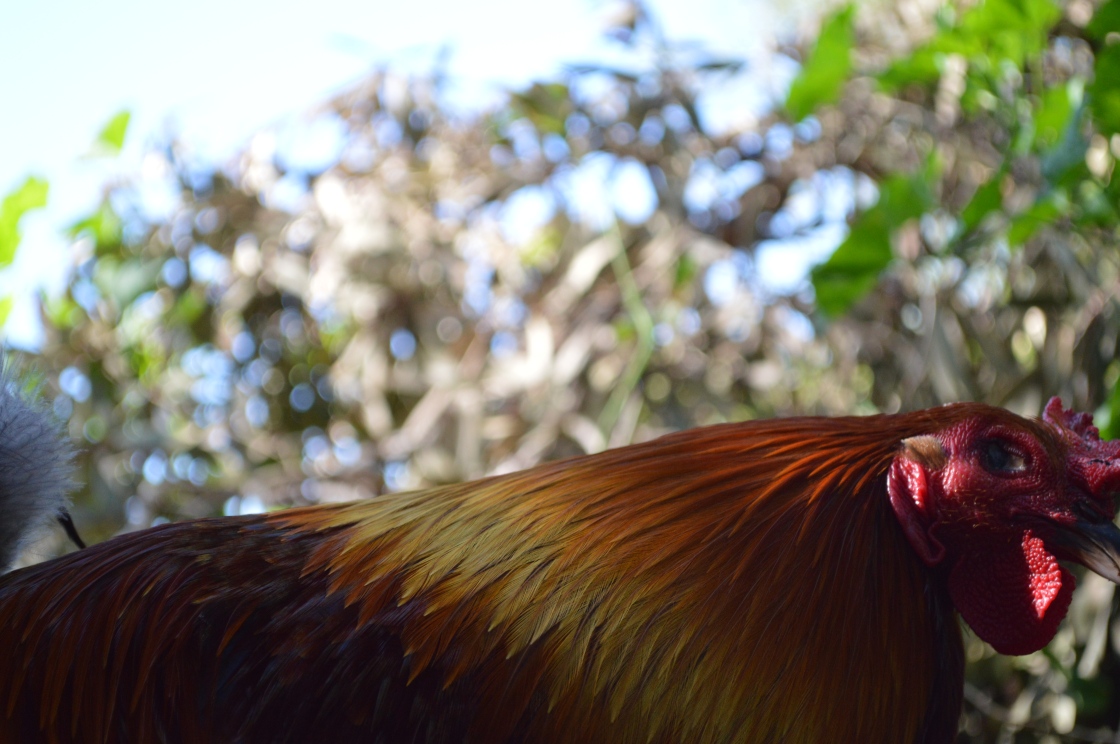 Lessons from a Rooster

When thinking back to the family farm of my childhood, I remember the animals most of all.  Some things will never change. I have always felt a connection to the creatures around me.  I credit my parents for instilling the strong sense of responsibility that goes with caring for animals.  When the storms came, you went out, not in. You stayed out until every single one was accounted for. Their health and safety was always on our minds.  But with that being said, I’ve found that I have had to acquire what feels like an enormous amount of skills.  Now, I am the grownup, and that means that I need to figure out how to care for hurt or injured animals, often times on my own. Some of it is natural to me, some of it takes all that I’ve got.

2015 brought upcountry Hawaii the mosquito spread avian dry pox, in wave upon wave of illness. It does not effect humans, or other animals, but it can be devastating to birds of all kinds. I was fortunate that I was given the “heads up” warning by an old artist friend of mine.  Her alert allowed me 72 hours of precious time to come up with a game plan. I was able to prep the birds, by giving them extra things in their diet. Nutrition was key to helping them through the pox, that can also cause blindness.  For six weeks, the illness first struck the domesticated laying hens, then spread to the wild poultry that are near home, and then those at the farm.  I steamed pumpkin scraps and fed all of them really good food.  Lethargic sad looking birds were everywhere.  Even very wild hens and roosters allowed me to gather them up and put them in poultry ICU. That was a clear signal that they were very sick.

The most challenging order of business was eye care, as the pox often involves the eyes of the birds.  I wrapped them in bath towels, nice and snug, then bounced and patted them like a baby before swabbing their eyes with homemade saline solution. Every day, I made a new batch of simple medicine from local Hawaiian salt, and boiling water that has been left to cool.  This went on three times a day, for each bird, at both locations, for weeks.  This work was on top of the normal ins and outs of vegetable farming.  It felt like I lived on coffee for 3/4 of each day.  There are things that you just have to do, regardless, and this seemed like one of them. It wasn’t the kind of thing I could turn my back on.

I had been down this road before, when the neighbor dog was injuring the hens.  I realized how much was possible, and how loyal and grateful each animal became after caring for them.  A lot of people ask me why these animals are so loyal to me, even though none of them are mine.  I think a lot of it comes from the fact that each and every one of them has been sick or wounded in some way, and I did my very best to step up and help them out. 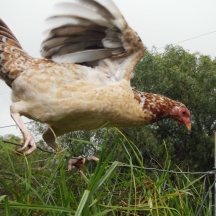 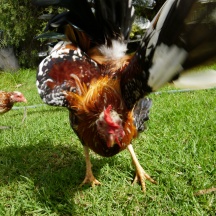 I have been told that chickens are mean, dumb, that they have no memory, and they are untrainable.  I have found that none of these things seem to be true.  I will never forget the day that Ruby, a wild rooster that was blind in one eye, laid at my feet while I kept his son alive, and also able to see.  I was trying to save at least one of the young rooster’s eyes.  I will never forget that day.  It was pretty powerful to have a full grown wild rooster lay at your feet as you gave another one emergency care. It was clear that he knew what I was doing. I was caring for his family, and he knew that he could trust me.  Ruby remained loyal to me.  He was a lovely, powerful rooster that had survived three mauling by roving dogs, the pox, and even severe injuries from a rival rooster.  In the end, he died in my arms, wrapped in a towel, warmed by the setting sun.  I had administered treatment for him dozens of times, but then finally, his complications let me know, that I had to put him down in the quietest way possible.  I cried.

I buried Ruby beneath the chili peppers at the farm.  For a good long while, the dogs and I just sat and watched the scene around us. The setting sun. The closing squash blooms.  The young hens that stood on Ruby’s new grave. I realized that my family taught me to not overlook such times.

For me, this rooster’s story became symbolic of so much more. I realized how much we learn about ourselves by observing.  Ruby’s story also impacted the life of a WWII veteran at a talk I gave a few months ago.  I was explaining about why I chose to explore squash and farming. I give some context so to help illustrate what keeps you going.  There are a lot of reasons to give up, but also plenty of reasons to continue on. Ruby was part of that context.  I had given out one of my farm cards to each and every of the 60 Sr citizens in the room. Each of the cards had a photo image that I took at the farm.  Some were of flowers, others of pumpkins, baby chicks, and, of course Ruby the rooster.  I passed them out before my talk, and decided not to give a power point.  Each person held an image of the farm in their hands, like a piece of the puzzle.  If you put them all together, you understood how I live my life. If you listened to my talk, you understood why I live as I do.

I had tried my best to guess who would like what photo card.  Who might like dogs. Who loved cooking. At the end of my talk, many of the elders were now holding those cards like a treasured possession.  They had a tiny piece of my story, and that inspired them to share their own stories.  In my talk, I noted that in order to make the drive up to meet with them, I had to reassemble the fuel injection of the old VW that now sat in front of the “speaker parking” sign that they had placed in the parking lot for me. I told them that I also chose to go out of my comfort zone, so to save a rooster’s eye, before making the drive to meet with them.  I generally do not discuss surgical type farm things, but this seemed like a group that could handle it.  The point was that farm life can nudge you into self discovery.  There are those that will act, and those that will look the other way.  Along with this came the story of Ruby, and more, filling over an hour with sharing.

As I made my way out, to the sun filled doorway, several hugs and handshakes came my way.  One of the WWII Veterans that lined the back row, pointed at the photo card that I had chosen for him, and excitedly asked if “this is the rooster whose eye I was trying to save?”  I said no, that the photo was of Ruby, the young rooster’s Dad.  I was happy that my card selection was right, that he would like roosters.  He kept holding my hand, squeezing tighter as the tears welled up.  The previous excitement washed away in an instant.  I squeezed back and simply said in the most comforting voice I could muster up, “yeah, that is good ol’ Ruby.”  Then I simply waited in a way that my WWII Veteran father taught me how to do.  Just wait.

I can only guess what my rooster story meant to that man.  His eyes gave me a few clues.  To be the young rooster was easy in comparison.  Young rooster fell ill, and the farm girl cared for him.  To be Ruby was much more complex.  Ruby had put himself in danger over and over again, so to protect.  He had been mauled, and left for dead, and recovered over, and over.  Then, after being through so much, he laid at my feet, showing strength and courage without the fight.  Ruby had learned to trust, regardless of what he had been through.

The Veteran’s handshake tightened, and he lowered his head as a few tears slipped away. Maybe it was my story, or the symbolism, or the fact that in the end, I recognized the complexities of other lives.  Maybe he realized, that if I could see all of that in a rooster, that I probably saw right into his soul as well. I could only guess that he’s been fighting the war, and fighting the flashbacks, and fighting in ways that I’ll never know.  He’s been fighting for more years than I have been alive.  Maybe just what he needed was some farm girl to drive up in an old Super Beetle and allow him to stop fighting so hard.  That maybe in his own way, his tears allowed him to lay down like Ruby, and to trust, before watching me drive away. 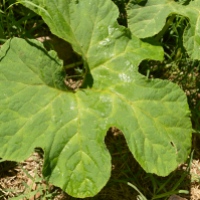 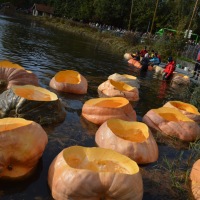 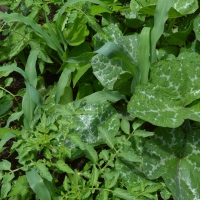 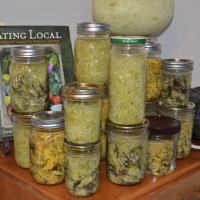